The Strongest Weed Killer that Kills Everything. Effective, Strong, Safe.

THAT KILLS EVERYTHING IT TOUCHES.

76
The #1 Strongest Weed Killer
Do you need it?
How do weed killers work?
Do you want it?
Want The Strongest, Toughest Weed Killer?
What are some of the strongest?
Strong weed killer, that kills everything it touches.
Want 20% Off

Do you need it?

I know many would rather not use weed killer, in most cases it simply isn't necessary.

Hand weeding is often easier, quicker and just as effective against pesky weeds, Pick the head and pull the roots then your done.

It's free and unless your whole garden is overgrown, has a lot of weeds or some particularly tough woody weeds your almost always better off doing it manually.

Sadly this doesn't work on all weeds.

Perennials and woody weeds such as Ivy or Brambles can regrow from even a small fragment of root. Don't get it all and you'll be back to square one.

Annuals such as daisies will quickly spread their seed far and wide, don't get them early enough and they will spread, kill them to late and they will pop up elsewhere.

How do weed killers work?

Most of the effective weed killers work by disrupting the photosynthesis process of the plant.

Please note, you should always take care with garden chemicals. Weed killers when used incorrectly can be hazardous to the environment. Always read the label & follow the instructions for safe use.

There are two main types of weed killer. Systemic and selective:

Do you want it?

Watch the video and see how easy it is to kill weeds with weed killer... 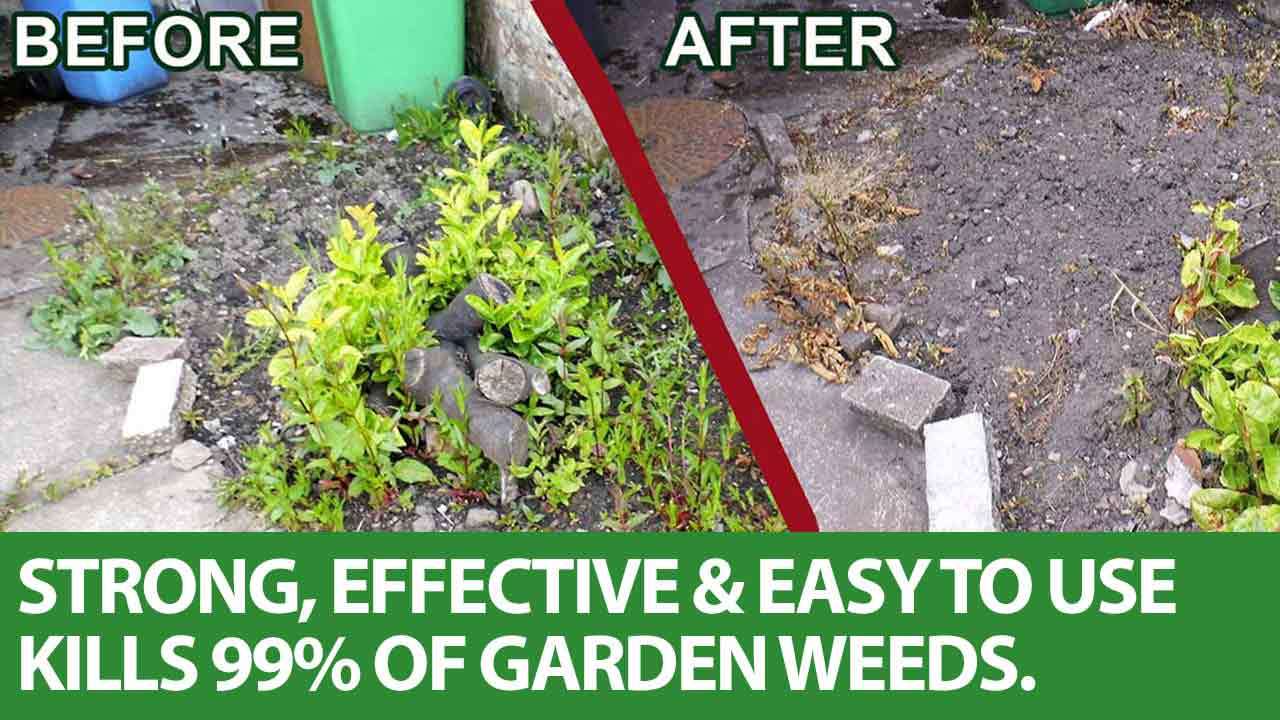 5 REASONS WHY
YOU NEED THIS

Who knew spraying weeds would be so addictive. Once you try this you will never go back to scraping & digging.

Get rid of your weeds in minutes. Saves you time, effort & sweat: pour it, pump it, spray it & wait. It's that easy. 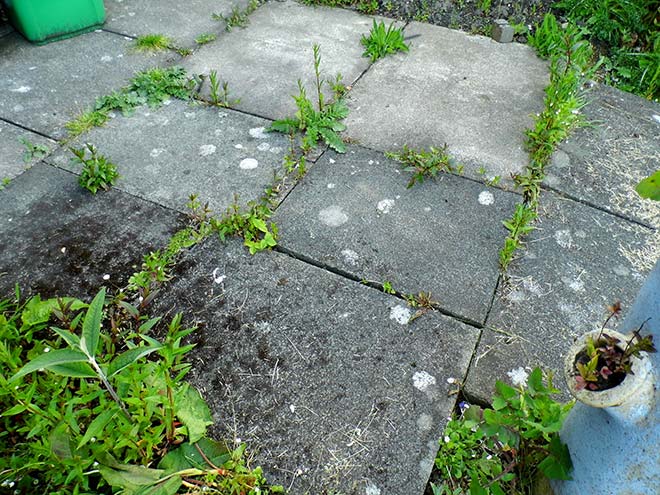 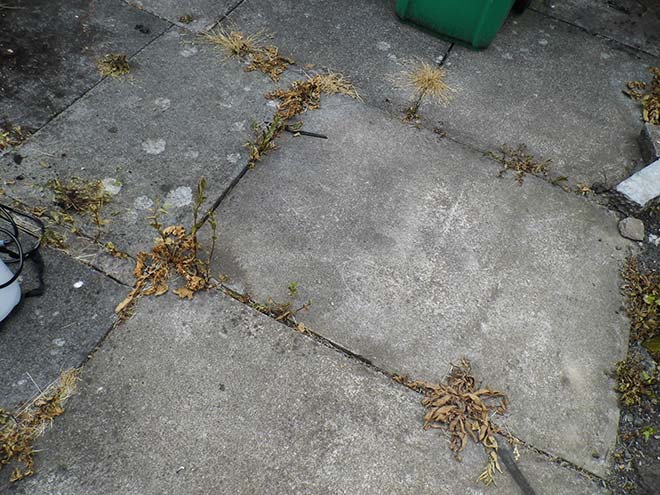 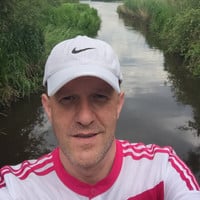 We moved into our flat last year and the weeds were out of control. I did the usual thing and scraped them away with a spade but the following year they were back and there seemed to be more! I was sceptical at first but this product did the job and all I did was the spray them, it saved a lot of time, thanks a lot! 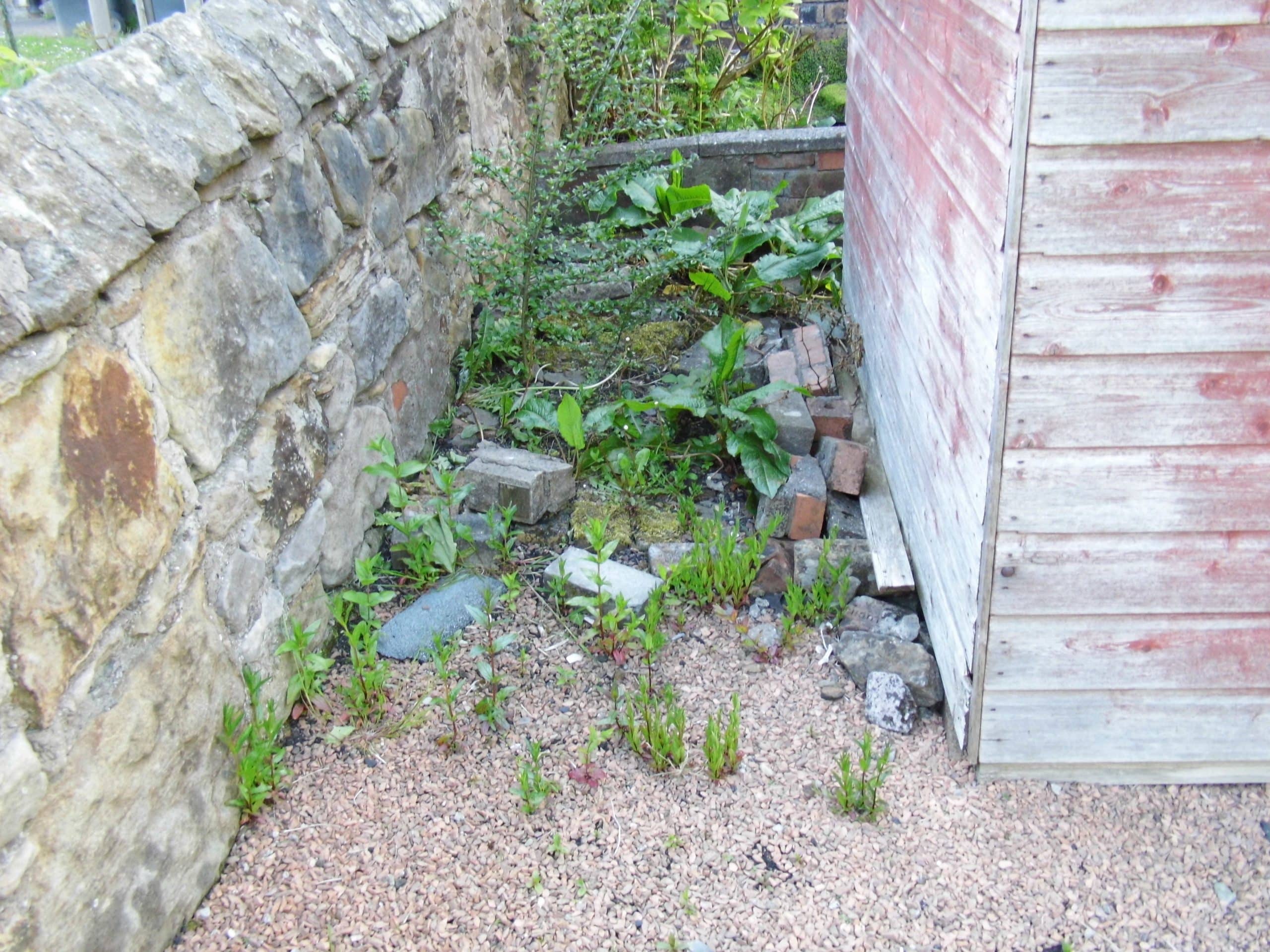 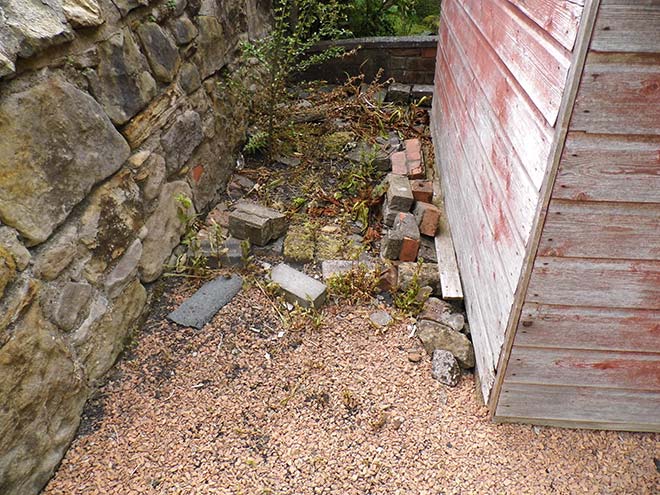 I've used hot water and elbow grease as weed killer for years and it does work but the weeds just keep coming back and it doesn't seem to affect the dock, I bought this on recommendation from my neighbour who always seems to have a weed free garden and was shocking to see it work on dock. 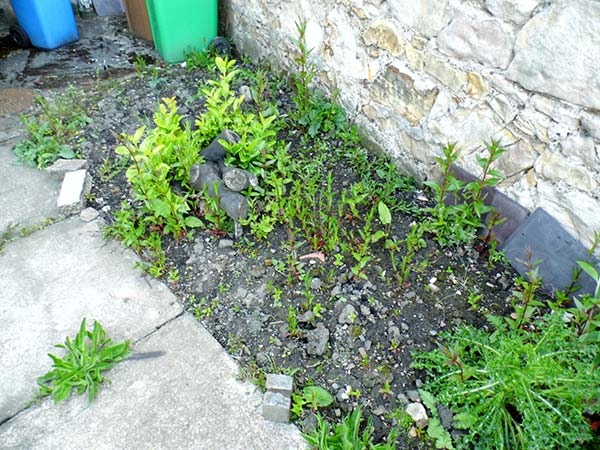 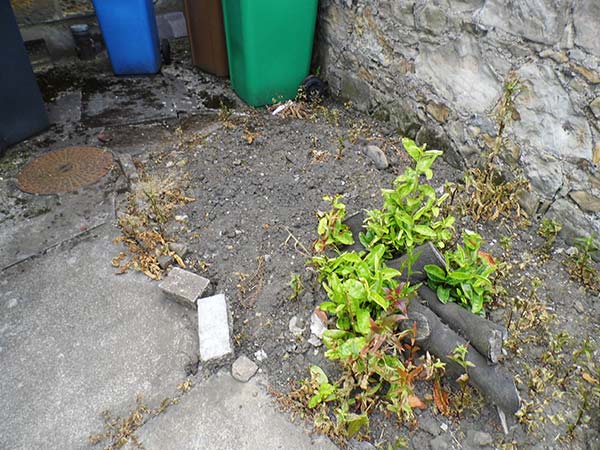 I was looking for something that would kill the weeds in a soiled area and let us plant some flowers after. I am happy to say it worked and it didn't kill the bush that the previous tenant obviously chopped down but it is regrowing. Does exactly what it says. 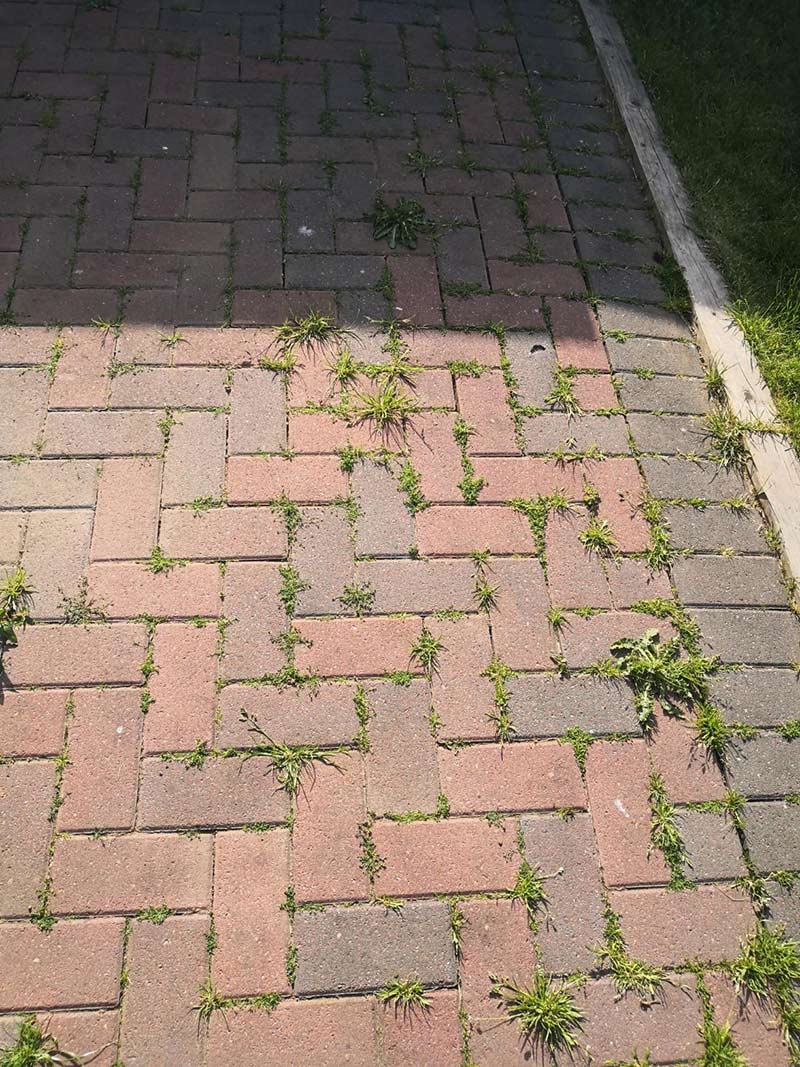 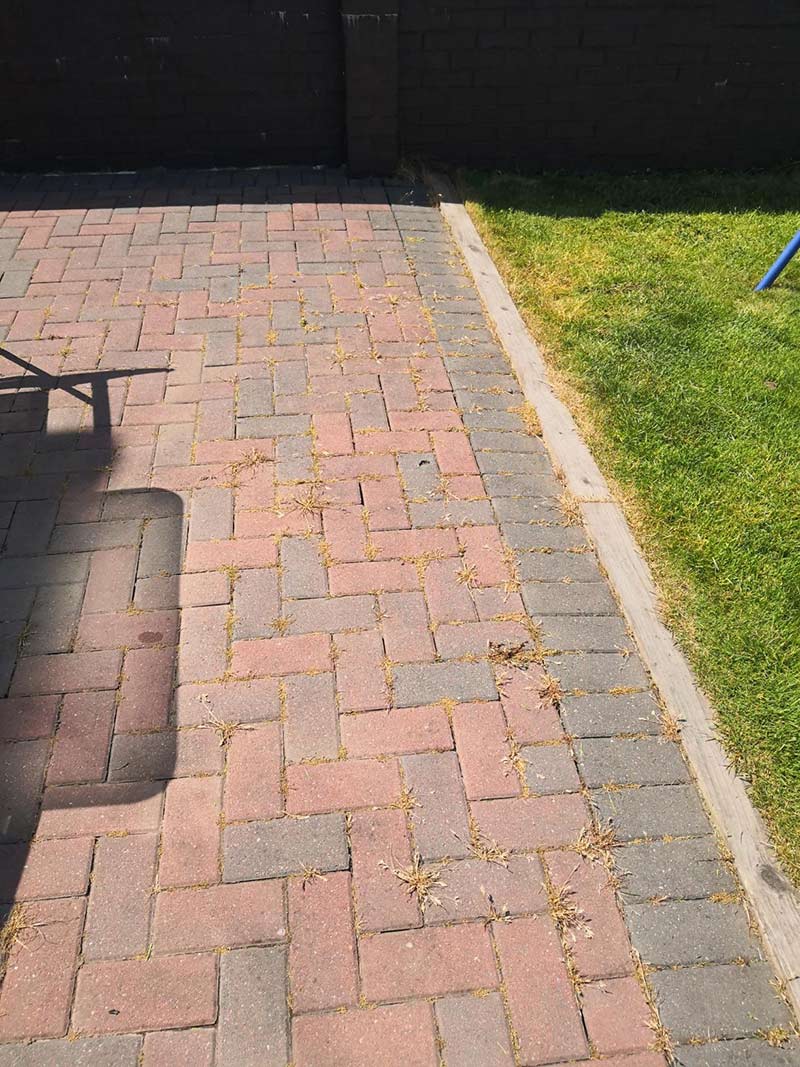 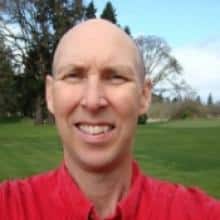 Sprayed the weeds before going to Spain for 10 days, when I came back I was pleasantly surprised to see they were all gone, very happy. 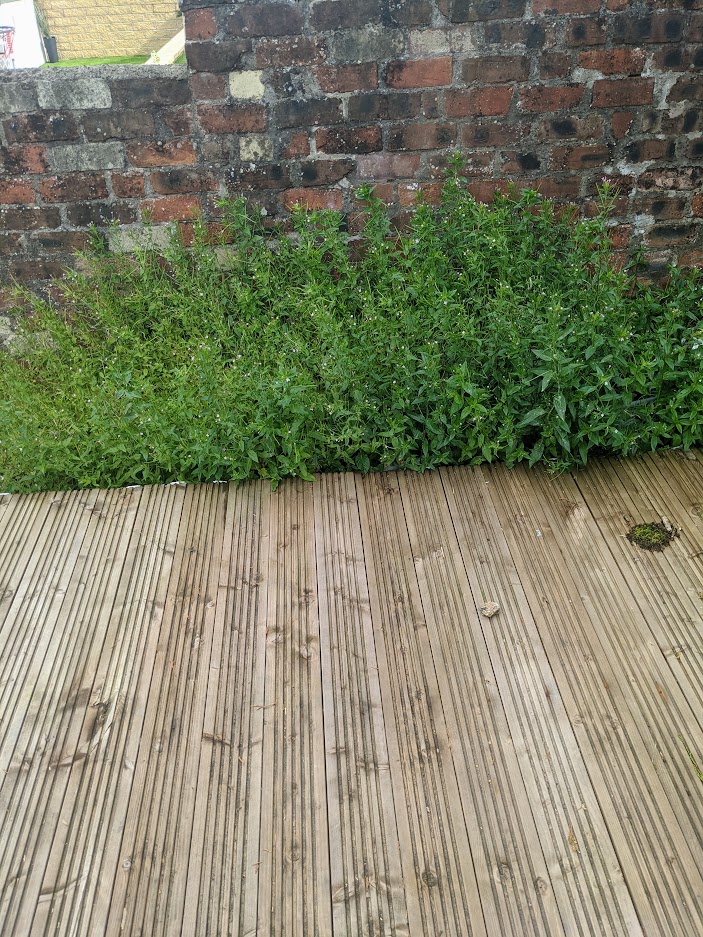 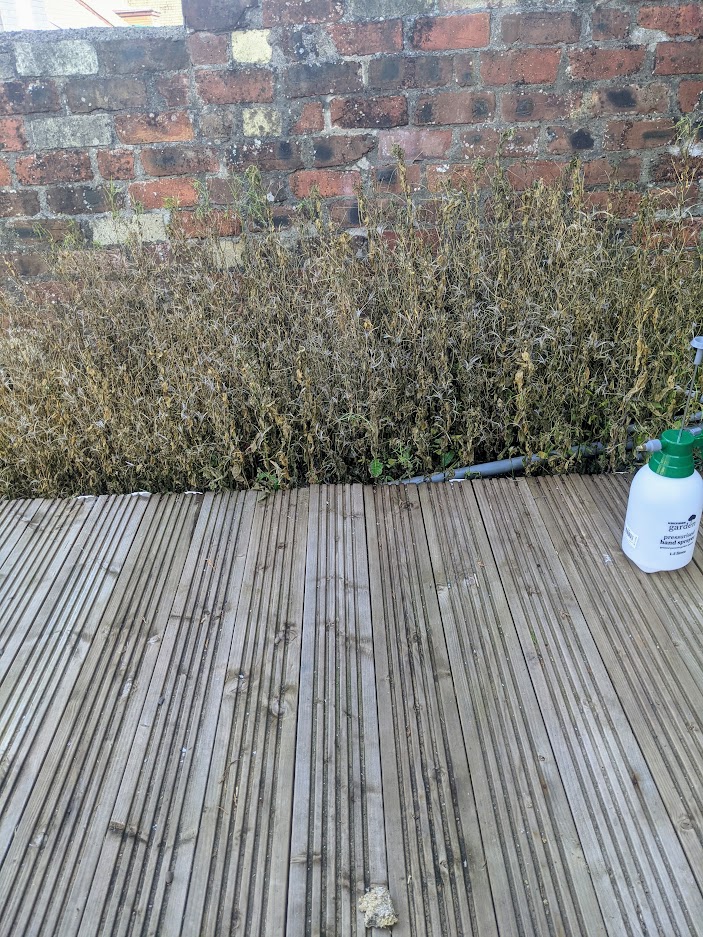 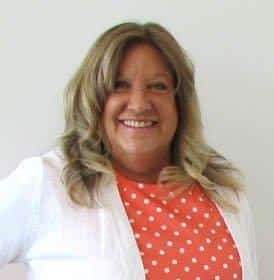 Can't fault this, after 5 days you can see it working, all the green weeds are dying and it took less than 10 minutes to do. I followed the instructions and was very happy. 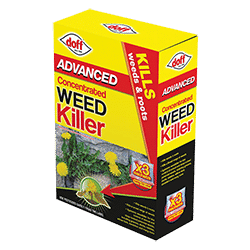 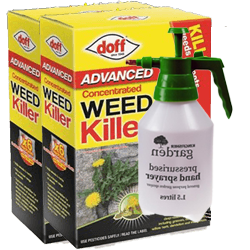 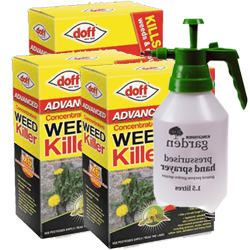 What are some of the strongest?

Therefore there is no one strongest weed killer that works everywhere.

Instead there are numerous strong weed killers that are suitable for different jobs.

The worlds most popular weed killer. It is used across the world in gardens, farms & public places. We love this stuff. It's not difficult to see why, it's an effective and super strong weed killer.

Glyphosate is systemic, will kill grass and pretty much every other plant it touches. Used to kill annuals, perennials, woody perennials and tree stumps.

Glyphosate is used with 85% of GM crops grown globally.

Worldwide we consume roughly 650,000 tonnes of Glyphosate annually worth around $6.5 billion and it's use keeps on increasing in large part due to it's use with GM crops (source).

Why is Glyphosate used so much?

Glyphosate is by far the most effective weed killer on the market in the UK.

It works on ALL kinds of plant life, it kills them down to the roots and it is easily applied allowing for safe replanting shortly after use (once the weeds are dead).

Glyphosate isn't useful for aquatic enviroments and shouldn't be used near sources of water as it can harm fish due to it persisting in water, soil bacteria quickly breaks it down.

If you're looking for a strong, effective weed killer then the #1 choice should be Glyphosate.

* TOP TIP*
It just works, it does everything it says and it kills weeds - of course, don't drink it!

>> Click here to get 20% off & eliminate your weeds, effortlessly.

A very popular "homemade" herbicide. Often combined with salt and some dish soap.

It works well in warm conditions and is a non selective weed killer. If over used it can harm your soil PH levels.

The oldest weed killer. People have been using it for centuries. It's also useful for combating other garden pests. Enemy combatants would salt each others land to prevent crops from growing leading to starvation.

Often combined with water and dish soap it is sprayed onto the weeds which absorb it and they die.

Was a popular weed killer in the UK that was long lasting and worked very well.

I believe it is now banned as it was hazardous and potentially dangerous as it left residues.

We don't recommend you use this product.

A selective weed killer that is used to kill woody weeds such as brambles, nettles and unwanted saplings.

It's formulated so that it won't kill grass and can be used safely in turfed areas. Typically mixed with water in a knapsack or sprayer but can also be used in a watering can.

It's one drawback is that it persists in soil for up to 6 months meaning you can't replant after use.

Strong weed killer, that kills everything it touches.

The worlds most popular is also the world strongest weed killer. The winner is Glyphosate.

Why? Because it works well in almost any situation (except lawns and aquatic environments).

It kills 99% of weeds in one application. It's also safe to use as long as it's used correctly.

A special mention goes out to vinegar and salt. If you're just killing some small weeds on your gravel drive or block paving then try one of these first. 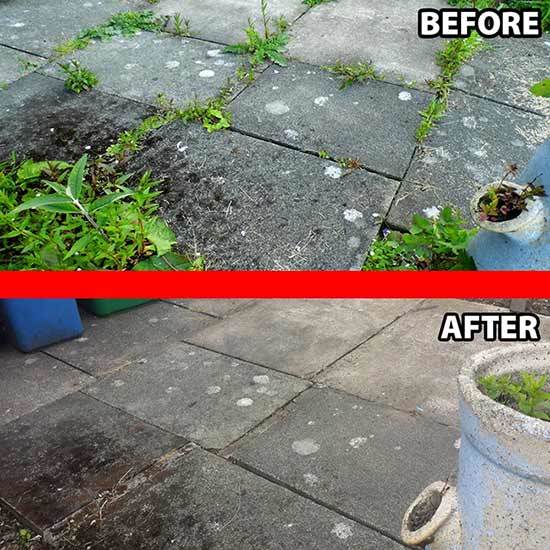 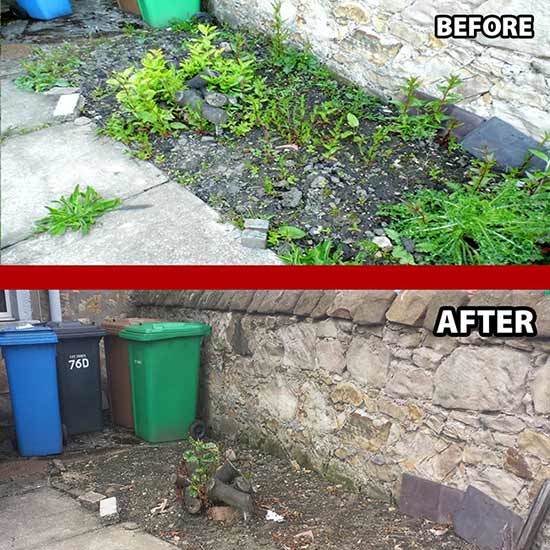 Got Weeds? Get the Most Effective Weed Killer

Tough, Fast & Effective Against ALL Weeds.

Lawn Weeds & How to Get the Perfect Lawn